Android has not been as financially successful as Google has been leading investors to believe.  Larry Page announced in October during an earnings call, that Google’s mobile products would generate $2.5 billion in revenue.  The Guardian reports that just a fraction of that amount is actually from Android.  Legal documents from its upcoming hearing with Oracle, state that between 2008 and 2011, Android generated less then $550 million in revenue for Google.  The documents also suggest that iOS devices have generated more than four time as much revenue as Android has.

Experts estimate the amount Google earns per Android handset at around $10.  Google has been averaging 850,000 activations per day since the beginning of the year.  Google’s CEO statements claiming that that Google had generated $2.5 billion from mobile devices were a bit misleading.  If Android only accounts for around $550 million of Google’s mobile revenue, most of it must be coming from outside the Android ecosystem.

Google has had a licensing deal with Apple since the first iPhone for some of its products.  These iOS devices utilize Google for search and map capabilities.  It is believed that this agreement with Apple accounts for most of the mobile revenue Google generates.  Google now depends on iOS’s success for its own. 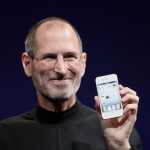 This comes to light just as Larry Paige disputes Steve Jobs’s war on Android.  Apple’s late CEO, Steve Jobs, purportedly had vowed to destroy Android because it was a stolen product.  Recently however, this notion of war between the two platforms has been denied by Google’s CEO Larry Paige, he is now claiming that the “war” was all for show.  In an interview with Bloomberg Businessweek, Google CEO Larry Page stated that despite Steve’s rather public hatred, “the Android differences were actually for show.” Page asserted that, “It’s useful for them to feel like they have an obvious competitor and to rally around that. I personally believe that it’s better to 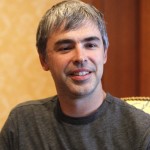 shoot higher. You don’t want to be looking at your competitors. You want to be looking at what’s possible and how to make the world better.”  Paige dismissed rumors that he and Job’s were rivals, instead saying “I had a relationship with Steve.”  That despites Jobs’s deterioration health, Steve reached out to Paige for a casual conversation.  Paige assured Businessweek that Jobs only meant to generate controversy, to create buzz.  Jobs aimed to polarize the market by drawing a line in the sand, and it worked, many people today have a firm stance on iOS vs. Android.  This only goes to generate more popularity around both.

[The Guardian & Businessweek via BGR(2), Gizmodo]

About the author: Bryan Rowe View all posts by Bryan Rowe

Bryan Rowe is a writer at pnosker.com. When he is not occupied combing the web for tech or automotive news, he is often found running or playing soccer. His immense zeal for technology is derived from his deep immersion in electronics at an early age. He looks forward to providing the very best news he can to pnosker.com's readers.