Early this year, the file sharing juggernaut MegaUpload was taken down by the U.S. Justice Department and FBI on charges of copyright infringement. MegaUpload’s founder, Kim Dotcom, was arrested and has since been awaiting trial along with some other MegaUpload employees. 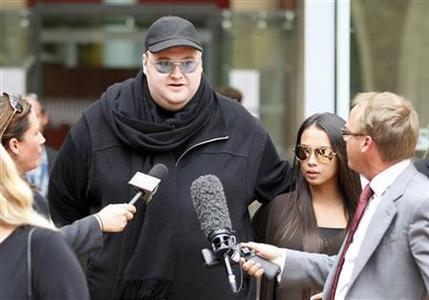 But Kim Dotcom and his legal team are fighting back. They have asked the Virginia federal court to dismiss the criminal charges against him and his employees in the United States. The defense, it seems, is arguing that the United States violated the website’s 5th amendment right to due process when they destroyed the entire business prematurely.

If the court does indeed dismiss the case on these grounds, it will mean an end to one of the largest criminal copyright cases ever filed by the United States. The US authorities have seized domain names, servers and even personal belongings in an effort to gain evidence against the company. The Fed has not been alone in their efforts however, asking for aid from foreign authorities to extradite of the defendants arrested abroad early this year.

Since their arrest, MegaUpload founder and employees have been doing their best to fight against extradition in New Zealand with some success. In addition, the site’s lawyer Ira Rothken has pointed out that unlike people, organizations can’t be served outside the jurisdiction of the United States.

If the court does decide to drop the case against the file-sharing service, it could represent a huge mistake for the US government which can find itself being sued. This makes me all too happy as I believe the US government has been overstepping its boundaries, in this case as well as in many others.

What do you think? Is the case against MegaUpload justifiable or is the US overstepping its bounds? Please leave your thoughts in the comments section below.