The Royal Wedding 2.0: How Technology Will Make This Event The Most Spectacular Of All Time 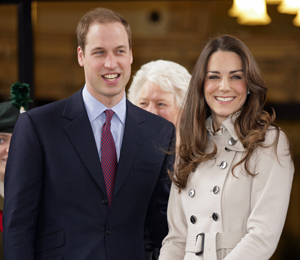 With an estimated global audience of 750 million, the Royal wedding of Charles and Diana was one of the most watched events in the history of the world, likely only out-watched by the FIFA World Cup.  Despite being a massive audience in its own right, the Royal wedding of William and Catherine that will take place tomorrow morning is set to almost triple that total, with an estimated expected global audience of 2 billion.  Obviously, population growth will contribute to some of this increase, but much of it must be attributed to the technological revolution that has occured in the past 30 years since the last Royal wedding.

Ever since it was announced on November 16, 2010, the engagement between Prince William of Wales and Catherine Middleton has resulted in a media firestorm that has captured the attention of Britains, Americans, and the rest of the world.  At the time of Prince Charles and Princess Diana's wedding there was also extensive media coverage consisting of front-page tabloid reports and even a live television broadcast of the wedding ceremony itself (those old enough to remember – or familiar with how Google works – should be able to recall the splendor of Diana's dress and famous 25-foot train).  However, for the Royal Wedding 2.0, the media attention is exponentially greater.  Yahoo has had constant coverage since February, and all international news associations (like CNN, MSNBC, and Al Jazeera) have front page coverage on their websites.  Clearly, the biggest technological advancement since the wedding of Charles and Diana has been the emergence of the Internet as the primary media source.  Hundreds of millions of viewers will watch tomorrow's ceremonies over the Internet as opposed to traditional television.

And of course, tomorrow's wedding couldn't be deemed The Royal Wedding 2.0 without mentioning the impact of social media and smartphones.  As I mentioned above, the Internet will be a primary source for watching the ceremonies, and with the advent of 4G technology and video-capable smartphones, millions of people will be able to catch the ceremonies on-the-go.  Social media has also had a major impact in building the hype of William and Catherine's wedding.  The British Monarchy has set up an official Facebook page honoring the couple, and the topic "#RoyalWedding" has been a promoted trending topic on Twitter throughout today.  Not to mention that tweeting will be allowed from guests at Westminster Abbey.  If that doesn't convince you of the impact technology has made leading up to tomorrow's wedding, I don't know what will! 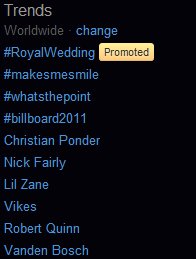 As you can see, the technology of the 21st century is set to make tomorrow's Royal wedding between Prince William of Wales and Catherine Middleton the most talked about – and tweeted about – event in history.  Hopefully, the embrace of our brave new digital world won't be at the expense of the history and tradition that comes with any official Royal ceremony.  Lest you think that it may, you should be reminded that despite all of the media attention of the past few months, pictures of Catherine's dress still hasn't been leaked!  Never fear, however, as you'll be able to catch it on your TV, computer, and smartphone all at once starting tomorrow morning.

Michael Convente is the Associate Editor at pnosker.com. In addition to his editing and writing duties, he is also a current fourth year Cell and Molecular Biology graduate student at the University of Pennsylvania, where he is working toward a PhD. When not working hard in the lab, Michael uses his free time to read the latest news and trends in tech and also review tech products, with the goal of providing the best in tech news and reviews possible to pnosker.com readers.