The Bi-Winning of the Internet: Charlie Sheen’s Demise…Or Win?

Charlie Sheen's career and especially personality have come under fire this week…thanks to the Internet. Thanks to TMZ's ludicrous interview in what appears to be Charlie's backyard and his radio interview that went viral, Sheen's once again blown up over his fun loving personality and destructive lifestyle. It's culminated in his surreal interviews with Good Morning America and Piers Morgan among others. And we can thank all this awesomeness to the Internet. 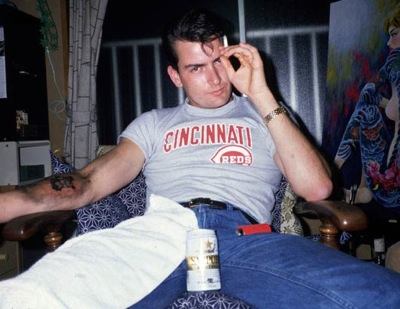 TMZ posted a 45 minute long interview on their site in which Mr. Estevez rambles on in his lovably crazy way until something just goes off and he starts going crazy again. And his publicist quit right after the event. There was also of course his radio interview where he went off with religious slurs on Two and a Half Men creator Chuck Lorre. And then the show was shut down for the rest of the season. Charlie Sheen single handedly shut down the highest rated comedy on television with his mind. That's what I call winning. Add to that the fact that he's in the news again and that's  bi-winning. And then that he can defeat drugs with his mind: tri-winning.

Maybe if Charlie wanted to express these views, he should've gone on a more hard hitting show such as Mike'd Up: Francesa on the Fan where naturally the rotund host would've asked all the tough questions and they probably would've become friends. It may have gone something like this:

Sheen: Thanks for having me Mike.

See that's what I call a hard hitting interview. And Mike didn't even mention his FUPA. That's good hustle.

But the crux of the matter is how much the internet has spurred this. As we've seen with other internet celebrity videos thanks to TMZ, a celebrity can go from snarky and home wrecking like Sheen to just notorious in a matter of hours. The internet has obviously completely changed the game. These people can't make a move or say anything without everyone knowing about it. Maybe Charlie Sheen's called Lorre those names in the privacy of his own home to Denise and the kids or maybe to his cavalcade of porn stars but in the old days those things would be kept under wraps.

Cocaine suitcases would never be seen by the public. It would be hearsay in Bill Goldman books 50

years from now. Robert Evans could snark on it imaginarily years from now. But we all know about this stuff now. It's just a shame things like the O.J. trial, Jay Leno hiding in a closet and Hugh Grant with a hooker couldn't have been on Twitter and TMZ and stuff like that, but now we've got Sheen to revel in. Thanks Internet. You've really made my day.

I can just go on ABC's or CNN's website and view Sheen videos for long periods of time laughing my ass off. Too bad ABC doesn't give Hoda's point of view. That's what the world really wants to know. And I wanna see Regis yell at Gelman about what Sheen's up to these days. I WANT

And one more message for all the kids out there: Can't is the Cancer of Happen.