Mutant Cannibals, a pissed off general hell-bent on your demise, a lot of booze, tons of brass, and dinosaurs. These are some of the things that you’ll find in the twisted and action packed game called Bulletstorm.  People Can Fly have promised to deliver an experience with over the top kills, rewards, and a legacy deserving of the mile long ESRB rating it has received.  But the real question is does it live up to the hype?

Bulletstorm puts you in the pants of Grayson Hunt, a foul-mouthed, ex-special forces team leader turned pirate after him and his partner, Ishi Sato, find out that their commanding officer, General Sarrano has been using them to take out innocent civilians instead of weapons dealers and thugs.  The game opens some years after they leave Confederation space and stumble upon the General’s ship.  In a drunken rage, Grayson attacks the ship with his own, taking both down to the planet Stygia.  Grayson and Ishi find that if they’re going to escape from the planet, they’ll have to go through not only General Sarrano and his forces, but a planet full of cannibalistic mutants and oversized monsters as well. 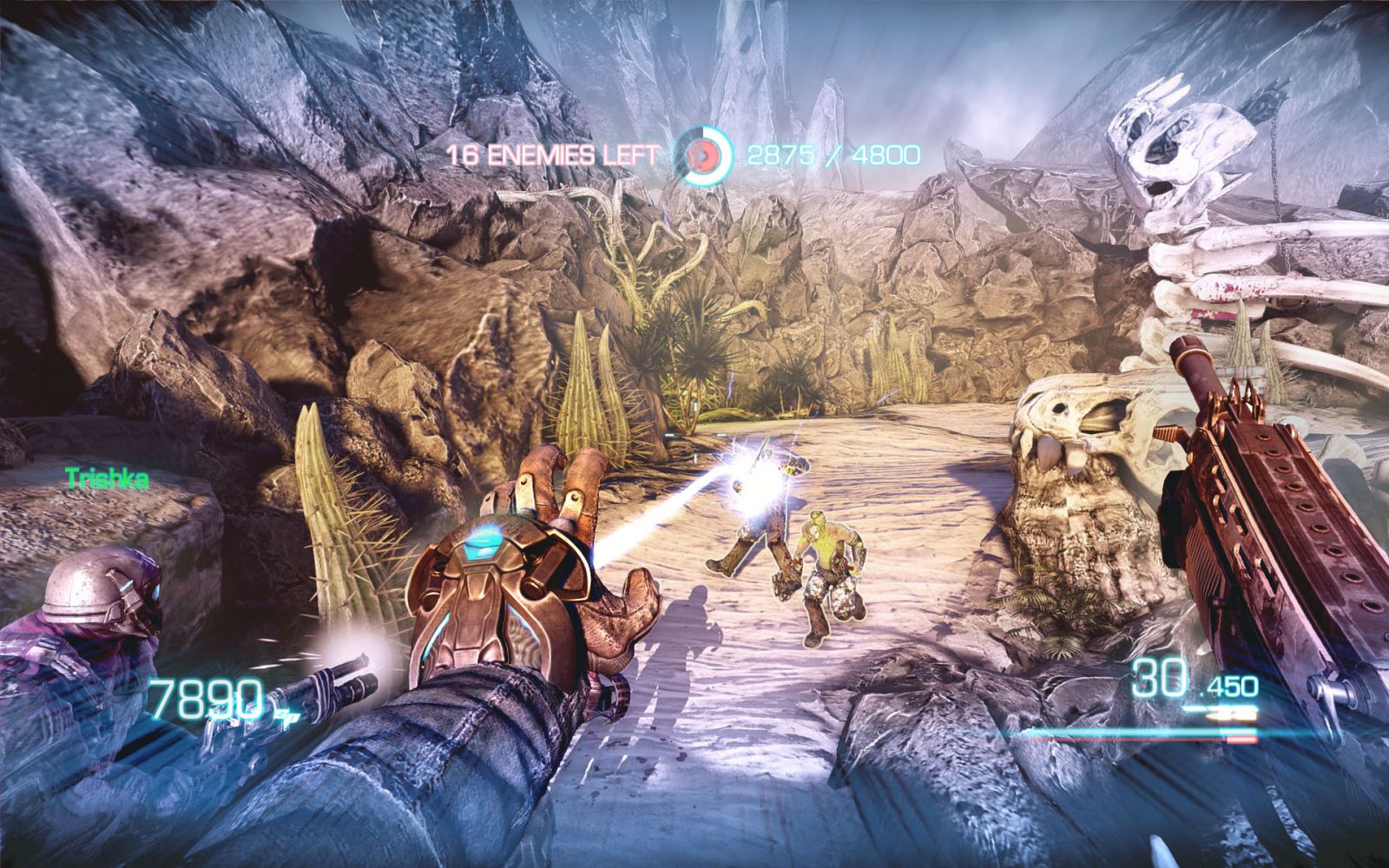 Besides the solid story, Bulletstorm plays as a solid first person shooter with some excellent additions.  Foremost is the Skillshot system.  Players can earn points for killing enemies in unique, grotesque, and at many times, amusing ways.  Each unique kill you unlock gives you a large amount of points for discovering it, and then fewer points afterwards.  However, you can also chain together your Skillshots for an even larger award.  For example, if you manage to catch an enemy on fire and then either kick or fling him into a wall of spikes, you’ll earn both the Afterburner and Voodoo Doll Skill points for a single kill.  You also get bonuses for performing Skillshots en masse on a group of enemies.

Multiplayer game play comes to you in the form of Anarchy, a game type that is very similar to Gears of War’s Horde Mode.  You progress through waves of enemies of increasing difficulty.  And between each wave you get the opportunity to use your accumulated skill points to upgrade your attributes and weapons.  However, there is a slight twist as each wave requires you to clear a certain amount of skill points accumulated by the entire team.  If you miss the mark, you’re done.  This adds a level of difficulty as the number of points that you get for performing a Skill shot don’t reset with each round, so you have to continue to find new and creative ways to kill the oncoming waves in order to stay ahead of the curve. 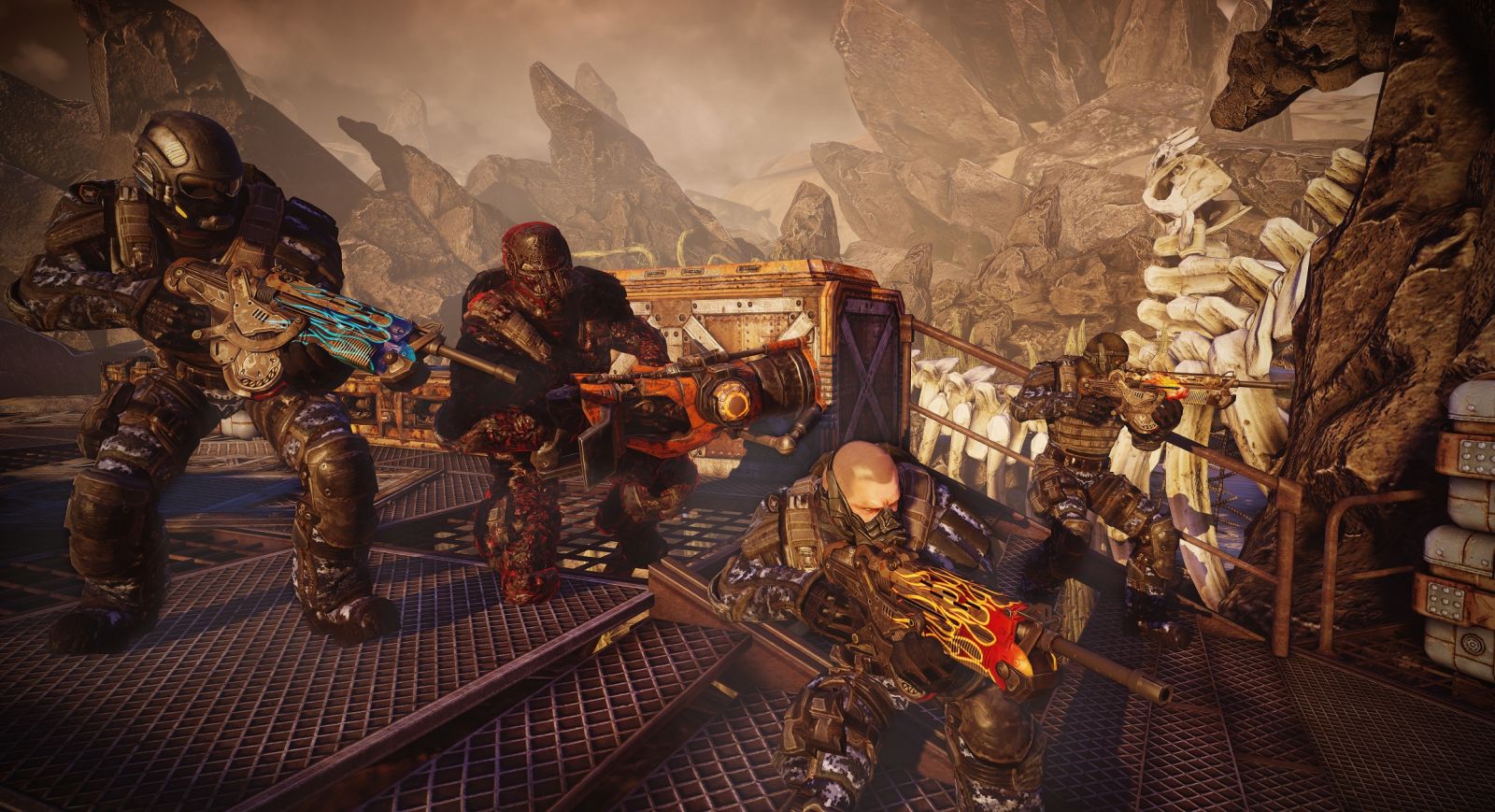 Moreover, experience points based on your kills and amount of participation are awarded to you which allows you to unlock new skins and color schemes for your armor.

Anarchy does provide for a lot of fun.  However the lack of additional play modes makes it a little repetitive, and the fact that there is no co-op campaign mode stings a bit as well, especially considering that you have an AI partner that follows you everywhere you go.  So unfortunately for those looking for a solid multiplayer experience, your options in this game is pretty thin.

Another interesting mode is Echoes.  Echoes is essentially a game type where you can select certain chapters from the campaign and play through them.  You earn points for your Skill Shots as well as keeping your time under par and also earn a star ranking.  In order to unlock additional levels in Echoes, you must acquiring a certain number of stars overall.  Your points totals are tracked on a global leader board which allows you to see where you rank with your friends and fellow gamers. 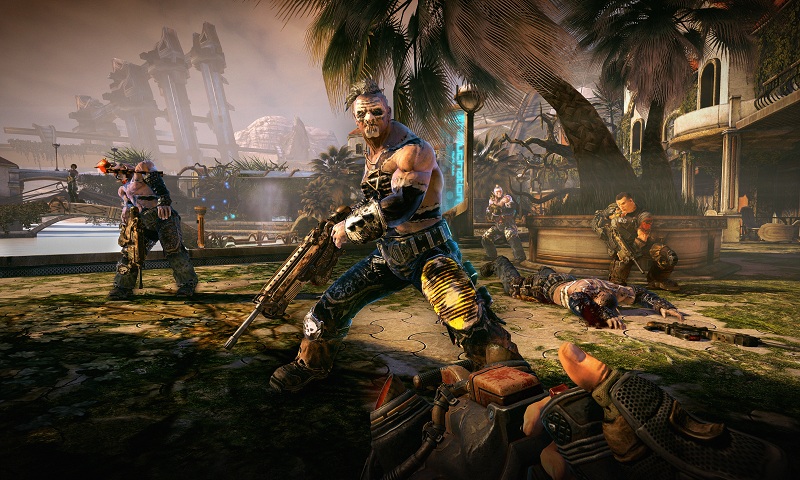 Bulletstorm has the look and feel of a dirtier, nastier version of Gears of War.  From the characters to the weapon models, it’s very reminiscent of the Epic Games franchise.  However, the over the top grittiness makes those moments where you wonder if this is a GoW reskin fleeting.  And the story is solid enough to keep you enthralled.  While the multiplayer lacks the substance, the campaign more than makes up for it.

You can absolutely tell that this game was made with us older gamers in mind.  There are plenty of raunchy jokes and memorable one-liners in this game that really make you appreciate Bulletstorm for what it is; good, solid, mindless fun.  It's about time someone brought that back to this genre.

An IT Systems Engineer at a Fortune 500 company by day and mild mannered, yet opinionated geek by night; Will Anderson has been gaming for over 20 years. Will keeps a no BS attitude when it comes to reviewing games, or gaming life in general. Editor-in-Chief at Wanderson75.net and occasional guest writer for pnosker.com