Is 3D Really Going to Change the Way We Live?

Starting from the release of Avatar last year, 3D has become one of the biggest fads in recent memory in terms of technology. TVs, video games and movies have been throwing around the term as a buzz word for the past year and it seems to finally be put up or shut up time for the technology. But how is all of it going to affect our technological future in terms of these platforms as well as life in general? 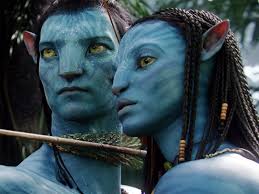 3D by use of red and blue glasses has been around for awhile now and has really not taken off the way its creators probably suspected. Sure you can see ping pong balls coming at you and Rick Moranis's face jumping out of the screen at Disney, but really it just seemed like a gimmick. It seemed as if it was only designed to make you jump occassionally or say oh that's cool and then forget about it ten minutes later. But then James Cameron came along…

Cameron, the director of Titanic and now known for Avatar, put as many resources and amounts of money back into Avatar and the 3D format as humanly possible. It took years and mountains of money that wouldn't fit into Richie Rich's outdoor vault but the result was outstanding. The actual content of Avatar can be debated when it comes to viewing it as a rip off of Dances with Wolves, but the 3D and tech in the movie was obviously outstanding. I honestly don't know if I could view it or at least appreciate it as much without the 3D. Which is a huge problem…

Avatar is releasing soon on Blu-Ray and DVD and unless you have a 3D TV, and chances are you don't, things just aren't going to be the same. You aren't going to see all the landscapes jumping out at you the same way. You're not going to see weapons and machines coming right at you. It's just going to seem like Dances With Smurfs, not a captivating visual experience that it was in theaters.

The movie is going to have very little rewatchability simply because it can never be the same. Movie producers and executives, while not jumping the gun, may have not fully thought all of this out when it came ot 3D movies. They're murdering their own DVD market by doing this and really it's hurting everybody. Avatar's the exception because of how good it was in 3D; it had to be done. But when movies like Despicable Me and others come out on DVD and Blu-Ray, they just won't be the same. It'll be subtle differences but differences nonetheless.

ESPN also recently launched a 3D channel, that while not required for any viewing, is supposedly a very interesting and worthwhile experience. But really even if the players are jumping out at you, is it really going to make watching TV all that more interesting. It may end up like the Rick Moranis thing at Disney: cool for about 5 minutes then just distracting. I don't want to see Kevin James pop out at me during King of Queens re-runs. I don't want to see The Sports Reporters in stunning Disney Digital 3D. That would make me throw up.

Video games are also getting into the act as Sony has shown off footage of MLB: The Show in 3D on their 3D TVs in their Sony Style stores. Sure it's awesome, but it's not like being in a baseball game at all. It doesn't make me feel like it's more realistic. It's just different. Players don't pop out at you when you're attending a regular game, so they shouldn't on my TV. I want my sports games to look as if I was watching them on TV and this has the opposite effect.

Maybe it will translate over to adventure/shooter style of games better as you will be more in tune with the environment and have more of a feel there. You'll be able to see the enemies pop out and whatnot. That sounds awesome but we're honestly probably years away from 3D becoming standard in homes as HD is now.

The Nintendo 3DS is another animal entirely. You don't have to wear glasses or anything like that; it's just about the angling of the screens. This is probably optimal when it comes to 3D as you don't have to look like a doofus while using the technology. It's just like stuff we use now except in 3D which is the way it should be. We'll see how it all translates when it comes out eventually but as of now, all we can do is speculate that the 3DS way will become the wave of the future, not wearing bulky glasses watching Sony's $3000 TVs.

We have to see when the Avatar DVD comes out what it will be like and how it will translate but really it's nothing but an unknown right now. 3D itself may be nothing more than a fad and may be remembered similarly to Max Headroom or Dexy's Midnight Runners but that probably won't be the case. It's likely here to stay but in what format none of us can be sure.

I could very well become ubiquitous in households as HD has recently become but that may not be for years or at least until the prices of the 3D TVs drops precipitously. Also you have to take into account that HD just recently became the norm so people, especially in this economy, aren't going to be willing to spend thousands more on a TV that doesn't support that much media yet.

3D may be years away from taking hold but the fact of the matter is that Avatar hits on DVD soon and if the Granddaddy of 3D fails on DVD and Blu-Ray, Hollywood may put it on the shelf for awhile.

At least we know that nothing with 3D can ever be as bad as the Last Airbender, so we've reached the lowpoint…