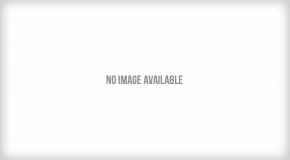 Late last night, April 26th, Sony had the following to say on the PlayStation Blog regarding why it too so long to notify the public that their data may have been compromised. "There’s a

On April 26th, Sony's PlayStation Blog gave further details as to the nature of the outage and admits that PlayStation Network User's personal information has been compromised.  In an email going out to users

Some (Belated) Reflections on PAX East

We’re now a month after PAX, and it seems like the experience that was PAX East has finally sunk in and fully marinated in my brain.  In a word, my time in Boston was

On Breasts In Gaming

A couple weeks ago, I mostly gushed about Two Worlds II for very good reason: it’s a lot of fun and it gives you plenty of world to romp around in.  However, there was

Many a key on the collective keyboard has been pounded in the name of brand loyalty. As a gamer I can almost guarantee that you've come across your fair share of flag waving for

Well hello there Link, it looks like you've just celebrated your 25th birthday and I totally missed it (it wasn't on Facebook, I apologize).  I'm sure you're aware of all of your achievements over

A Little More on the Arrogance of PC Gamers

{jcomments on}You may have read my article yesterday profiling the arrogance of PC gamers as I perceive it. Obviously it created something of a firestorm on the site and incited over 90 comments combined

A Little on the Arrogance of PC Gamers

The gaming media has been declaring PC gaming dying for the last decade ever since the advent of the PS2/Xbox generation. They declared that the computers couldn't possibly keep up. But the machines have