Do you have trouble typing on your iPhone 4 or iPad 2? Do you get finger smudges all over your gadgets? Then do I have the device for you! It's the XGear XGR5-Stylus. It's a 2 in 1 pen and stylus and while it looks like a normal pen, it really does help! 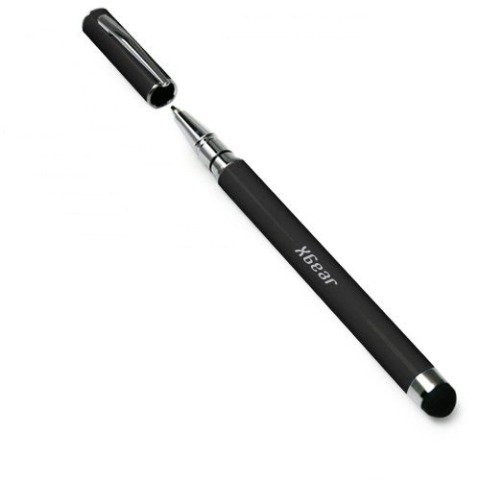 It just looks like a normal pen when you take it out of the package but one end you'll notice is made of some kind of rubber. That's the side that's made to use on touch screens. You won't get any more fingerprint smudges on your screen which really is one of the caveats to possessing a tablet or Smartphone. You periodically have to clean the screen or it'll just get disgusting after a while. But this does keep the screen clean and keep it pristine. If you're just getting a phone or something with a touch screen, this really is highly recommended. However, for typing it really doesn't go any faster. It may just be because I'm pretty fast with my fingers at this point on iOS. If you have an iPad, it's probably not worth it just because you have the ability to type almost normally. You may need a stylus for other uses on an iPad like Garage Band or iMovie but for typing, the keyboard is more than enough.

At the other end is a pen. Just a normal pen. You can switch from gadget to old school paper in the flick of a wrist. You just take off the pen cap and you're ready to go. Unfortunately the pen cap can get in the way when you're using it as a stylus. You can take it off but then you risk getting poked by the actual pen. It's like Russian Roulette. Crazy stuff. PEN OF DEATH.

As for the looks, it looks like a normal pen with a rubber tip on the end as you can see. It's a sleek black with silver trim. It's one of the better looking pens I've seen from a company that isn't known for pens. And it comes in a package with an iPad 2 Apple Smart Cover enhancer so it's a good deal too.