Baseball used to be America's pastime. Now it's been surpassed by the possibly locked out NFL. That's pretty much common knowledge. What they don't know, however, is that video game baseball became popular prior to football. RBI Baseball, medium of the Buckner game reenactment, was around before Madden by a couple years and even predated Tecmo Super Bowl. Sure both of those are more commonly remembered but RBI was around first. However, within the last decade, video game baseball has had a renaissance. Does MLB 11: The Show hold up to its predecessors? Find out in our review. 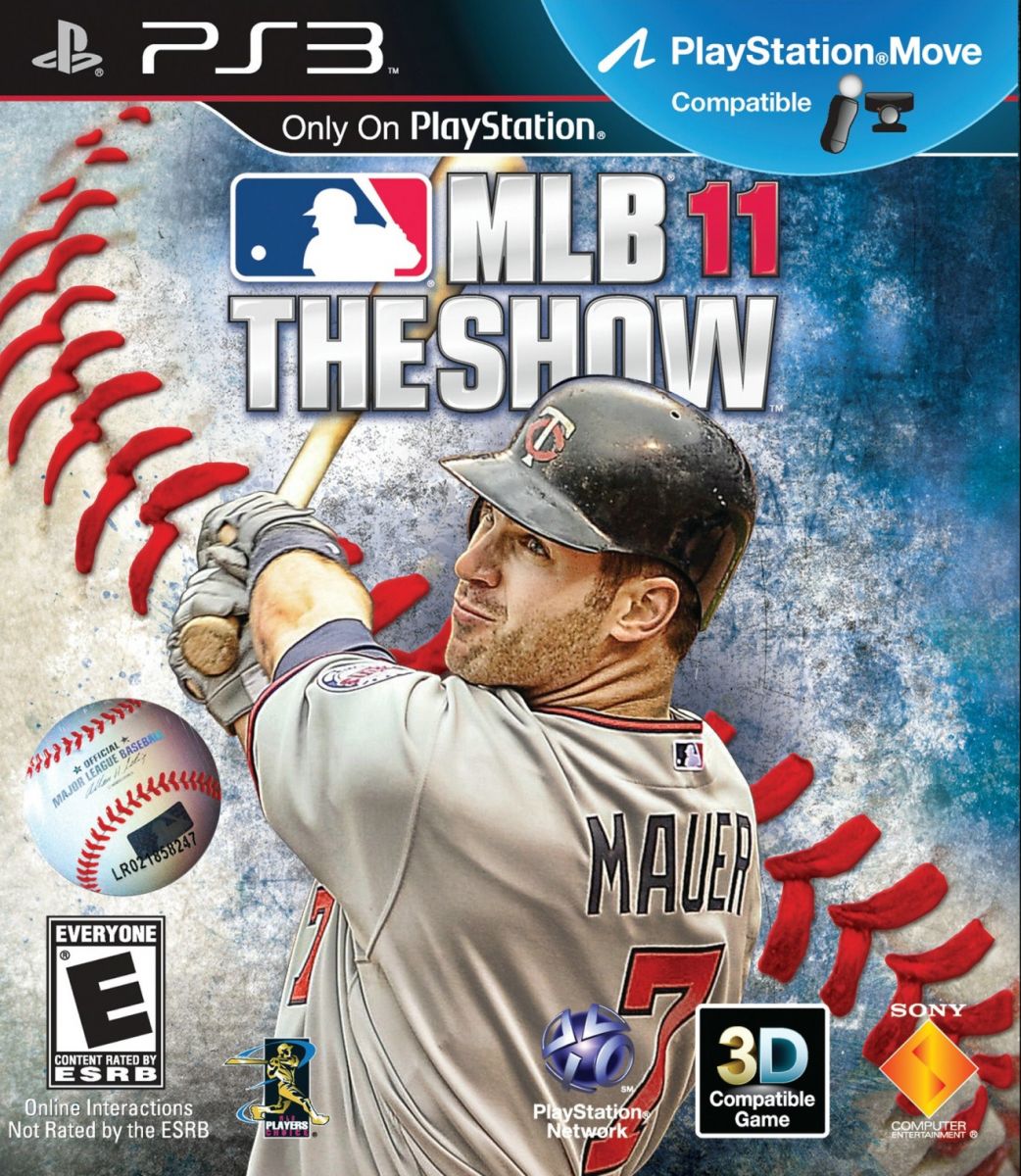 MLB: The Show has taken over as the preeminent baseball game over the last five years, coming into its own just as the all time titan of video game baseball, MVP, went extinct as 2K bought exclusive third party MLB rights. Sure EA tried with a semi-successful college game, but it didn't stand a chance. But that's where Sony came in.

They developed a baseball game that is nearly as flawless as MVP was except with better graphics. The last few years it's essentially just been fine tuning itself. While it hasn't strictly followed the MVP development theory, it has lived what MVP potentially would have become after its third iteration.

And with the new feature of this game, analog controls, you can tell that Sony has taken more than a few pages out of the book of the game they can imitate but never fully duplicate. (MVP's still going strong by the way). Analog hitting, one of the staples of the MVP series has finally made its way over, as has analog fielding, something that didn't appear in MVP until the college game. 2K used these features as well but the great part here is they actually work! They seem to be tuned in the exact same fashion as they were in the later MVP games. It's almost haunting playing it again. I couldn't have told you what the MVP controls were like off the top of my head but once I started playing this, it all came back to me. The hitting involves the step just as MVP did and the amount of effort you have to put into fielding in terms of power is eerily similar as well.

While those features have been done before to much acclaim, analog pitching has never quite been done right. 2K tried it and it was horrible with half the pitches becoming meatballs. MVP never attempted it but Sony has left the MVP pitching meter which often made your pitches just a little too precise and replaced it with this system that involves the same mechanics of batting with pushing down, then up. It's extremely hard to locate exactly where you want, just as it was with 2K, except in this version, when you miss, you aren't completely killed by it. It's maybe just a little to the left. Being precise with your movements is the difference between throwing strikes and being wild in the strike zone. It's really a thing of baseball beauty. 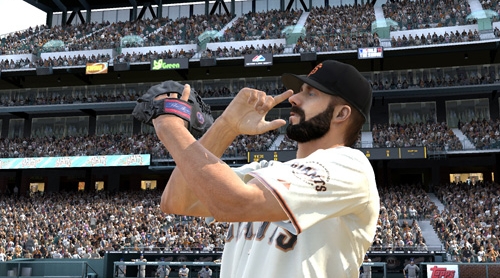 The Machine was not harmed during the making of this game

The presentation is of course where this game really shines. The only difference in the announcing team is that Rex Hudler has been replaced by Eric Karros who joins Matt Vasgersian and Dave Campbell's two lines a game about it being well played since there were no errors. Vasgersian was a coup a few years ago as he's become the voice of MLB Network but Campbell may be getting a little outdated since he's rarely on ESPN anymore and seems to only do radio broadcasts. Karros is an up and comer though and easily outdoes Hudler.

The little things are really what stand out. The walkups, ability to put in your own cheers, coaches giving signs, your players' movements in the outfield, and everything else you can think of in America's (Former) National Pastime. People who loved NFL 2K5 (albeit ignorantly) will definitely love this game as all the little touches are there but really always have been throughout the series.

Road to the Show mode has been altered in a very subtle but just as impactful way. Instead of the coaches and manager asking you to get a

runover or accomplish certain goals, the game recognizes that if you do your job well and do something like hit the ball to the warning track or take a few pitches, you'll get a "good" at bat score. If you swing at the first pitch you won't get as many points. Sure you'll get more for good outcomes but that's expected. That's how Jason Phillips once batted around .300 for the Mets. Anomalies happen in baseball but they'll eventually even out. Sweet, sweet regression. And the game seems to have recognized this. It's a small but ultimately huge change and makes the mode much more tolerable albeit still a little boring just because you have to play so many games to advance anywhere. And they also took out spring training initially so you are a little closer but you never get the chance to throw yourself in with the big club.

Franchise mode doesn't seem to have been altered in any meaningful way. The same principles rule the day and you still just try to acquire the most good players possible. You essentially have to make your own fun in this mode by this point. You can be a moneyball team or try to win the olden times of way of stealing bases and forgetting about OBP. It's not as easy that way but still fun and a nice way to stick it to people who are a lot smarter than you like Joe Posnanski and Rob Neyer. It's still the deepest franchise mode around, including all the intricacies of baseball with contract tenders, the 40 man roster and arbitration. Sweet, sweet arbitration. /drools.

Oh and one more thing: the autosave takes forever and just becomes annoying. TURN IT OFF. AS SOON AS YOU READ THIS TURN IT OFF.

All in all, this is probably the most polished of all the Show games and will only get better as the analog controls receive some fine tuning which really won't be much. This is the best game since MVP Baseball died and that's saying a lot. If you own a PS3 and want a baseball game, buy this. Don't give 2K's abomination another look. If you have an Xbox 360 or Wii, you're SOL or you're gonna need to buy a PS3. Why do you think I did?

Follow me on Twitter @mtorino75 if you have any specific questions you want answered about this or any of my dumb opinions. And stay tuned to pnosker.com for all your tech news and reviews!