Kingdom Hearts Re:coded takes us back into this Disney/Square universe we all know so well by now and takes us down a very different path. Combining Disney's properties with Square's has always been a big hit with gamers in the past but could two of the most vaunted companies in any industry pull it together one more time before the 3DS version hits? Read on to find out. 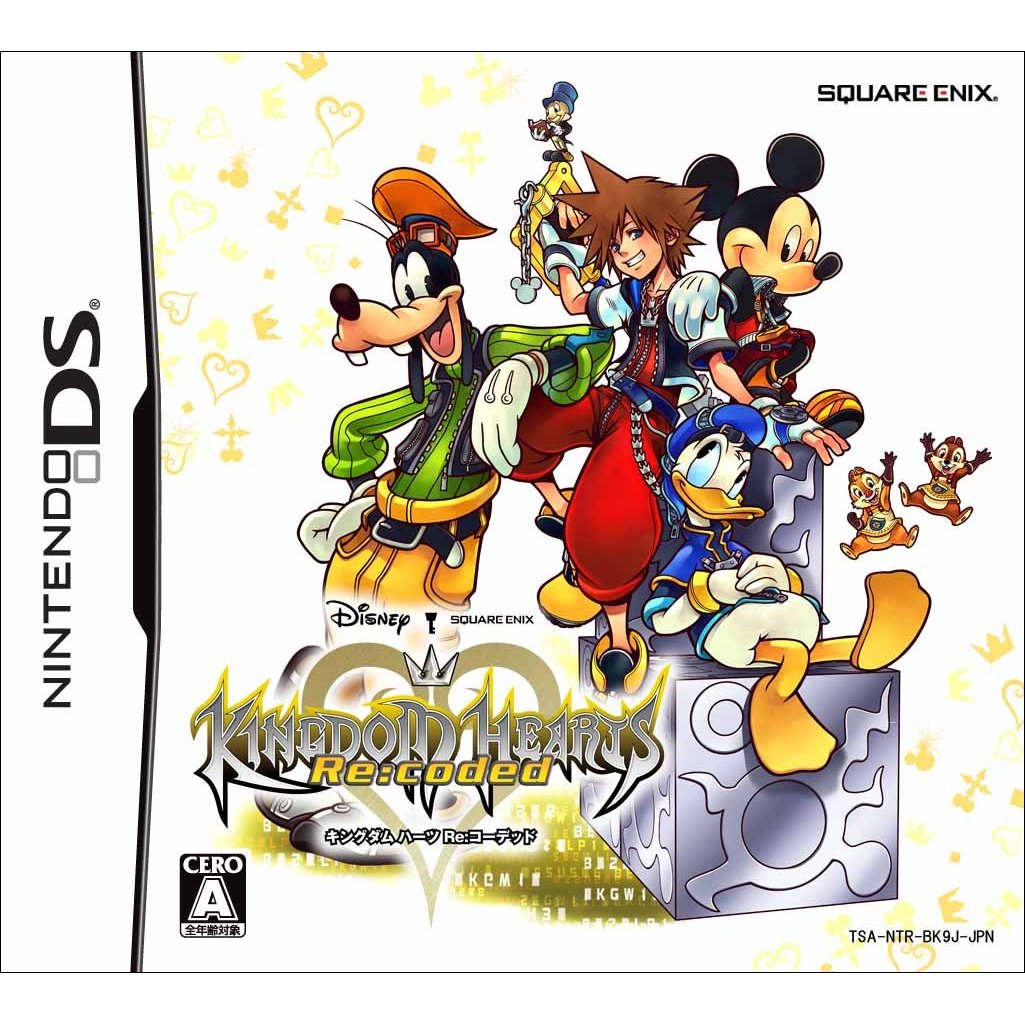 I just want to say I've barely been exposed to anything regarding the Kingdom Hearts series since the inaugural iteration of the series but what I've heard has generally been positive. The original may have been the most epic since nobody had expected anything of that sort from their video games but the series has still been chugging along in relative anonymity on the Nintendo DS where many of the games are either Nintendo franchises or gimmick games like Scribblenauts. Or just awesome like Hotel Dusk. But those are few and far between. Kingdom Hearts is an established third party juggernaut that's basically made its home on the DS and has provided apparently one of the most consistently well done series on the system.

But Re:coded is not a continuation of that trend.

Square has apparently just mashed together a bunch of other Kingdom Hearts storylines in an attempt to find something, anything new within those elements. The beginning of the game leaves a cryptic message about Namine but it appears to be the case based on my hardcore research that people who had played Chain of Memories already knew exactly why she needed to be thanked. Uhhh. One of the cruxes of the story can already be know IF YOU PLAYED ONE OF THE PREQUELS. That's a problem Square. Just sayin'.

Then you have to take into account the pure stupidity of the story that's within this game. It took me a few hours to know exactly what was going on but from what I can gather Sora is inside a computer for some reason and Mickey Mouse, the King still, has bugs in Jiminy Cricket's gospel of his land so our aforementioned hero has to defeat the "bugs" within the book to figure out what the messages mean. By the way when you see that these characters cannot for the life of them figure out these messages, you would lose faith in humanity except that it's a mouse, duck and possibly mentally handicapped dog so you still feel okay.

But yeah the Sora you play as doesn't actually exist. You live inside a computer and think you're talking to the real Mickey BUT YOU'RE NOT but SOMETIMES YOU ARE! It's one of the most incoherent storylines you'll see around. You're stalking a man in a hood and putting your key in strange holes and relying on Chip and Dale Rescue Rangers to get you out of there. Needless to say, you've got absolutely no idea what's going on.

You aren't fighting along Donald and Goofy like you were in the original. Sometimes other characters will show up to help you out like Hercules for example but they aren't actually running with you and only seem to show up in turn based battles. You're still just one anonymous character running around and beating up mindless creatures that apparently don't have hearts and decided to muck up Jiminy's archives for some reason. You eventually just forget about the storyline and just keep playing almost for the express purpose of forgetting about it.

The one well done part of this game is the variance of battles. There are real time and turn based fights. You can just normally attack your opponents with your keyblade, of which there are many variances on, or use your special magic powers to fight off your heartless foes. The concept of leveling up your attacks as well as your keyblade and self are interesting and can add many different variables to how you construct your character. It would be extremely hard to build two exact Soras in this game as upgrades, weapons and the way you construct your chip matrix are very hard to duplicate.

There are a bunch of different foes to fight, ranging from very innovative bosses with varying levels of difficulty to Final Fantasy icons like Cloud to the normal run of the mill heartless you've seen in pretty much every Kingdom Hearts game. Nothing really out of the ordinary for this franchise.

The graphics are stellar for the DS. While the normal in game graphics are very nice the game really shines in the cut scenes, which are still very rare for DS games. It actually looks like low quality PS2 video. Unfortunately there are very few of these scenes as most of the talking in the game has no actual sound and is just illustrated through dialog boxes. They went a decent way towards the best cut scenes they could, but just left what is seen most often as typical Nintendo DS dialog box fare.

The game is basically just a rehash and appetizer for the upcoming 3D version of Kingdom Hearts set to come out once the 3DS releases but for now fans will be stuck with this game that doesn't alter the formula at all and at some points actually takes it backwards. But while the narrative isn't up to normal standards, the combat makes up for it and saves this game from going on the scrap heap. Play Re:coded only if you're starving for a KH game but if you're expecting something amazing, you might want to go to one of the former iterations in the series.