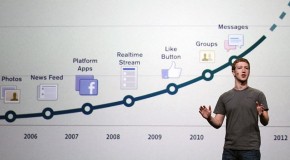 Facebook, which is preparing for its IPO sometime this spring, released financial data for Q1 2012 today, and the numbers may be a bit concerning for potential investors.  Even though revenue increased to $1.06

It may have come after the closing bell, but yesterday’s reports were correct – Facebook has officially submitted paperwork with the Securities and Exchange Commission for an IPO in hopes of raising at least