For current Windows users, the word “reinstall” brings to mind images of data loss, crippling viruses, and uninterested tech support personnel. Restoring your OS to a “good state” is a fairly complicated and confusing process: Do you use your recovery partition? A third-party imaging program? The original Windows DVD? Will you be able to activate after you reinstall, or did you accidentally mix up your retail and OEM copes of Windows 7 Home Premium X64? There are innumerable ways for a “simple” reinstall to go wrong, costing you time, energy, and possibly cash.

Clearly, Microsoft now thinks the same, because for Windows 8 (no release date set), they are providing an option for a “PC Refresh and Reset.” Essentially, this feature reinstalls windows in a single step, streamlining the recovery process. Says Desmond Lee, a program manager on the Windows Fundamentals team, “Our goal was to make the process much more streamlined, less time-consuming, and more accessible to a broad set of customers.” The feature is essentially a “push-button” solution with two main options, both of which are accessed through the Control Panel Metro app:

Most users will elect to take the Refresh option. In this case, the system boots into Windows Recovery Environment (RE), scans the system for your files and puts them aside, and installs a fresh copy of Windows. Your files and settings are then restored, and you don’t have to go through initial setup again. This process, Lee writes, “actually uses the same imaging and migration technologies behind Windows Setup.” Although core settings, Metro-style apps, user accounts, network connections, and desktop wallpapers are preserved, other programs and settings–including file type associations and Windows Firewall settings–will be removed or reverted because “they can occasionally cause problems if misconfigured.” The PC will instead create a list of applications that were not preserved, which should help when you’re reinstalling your software. 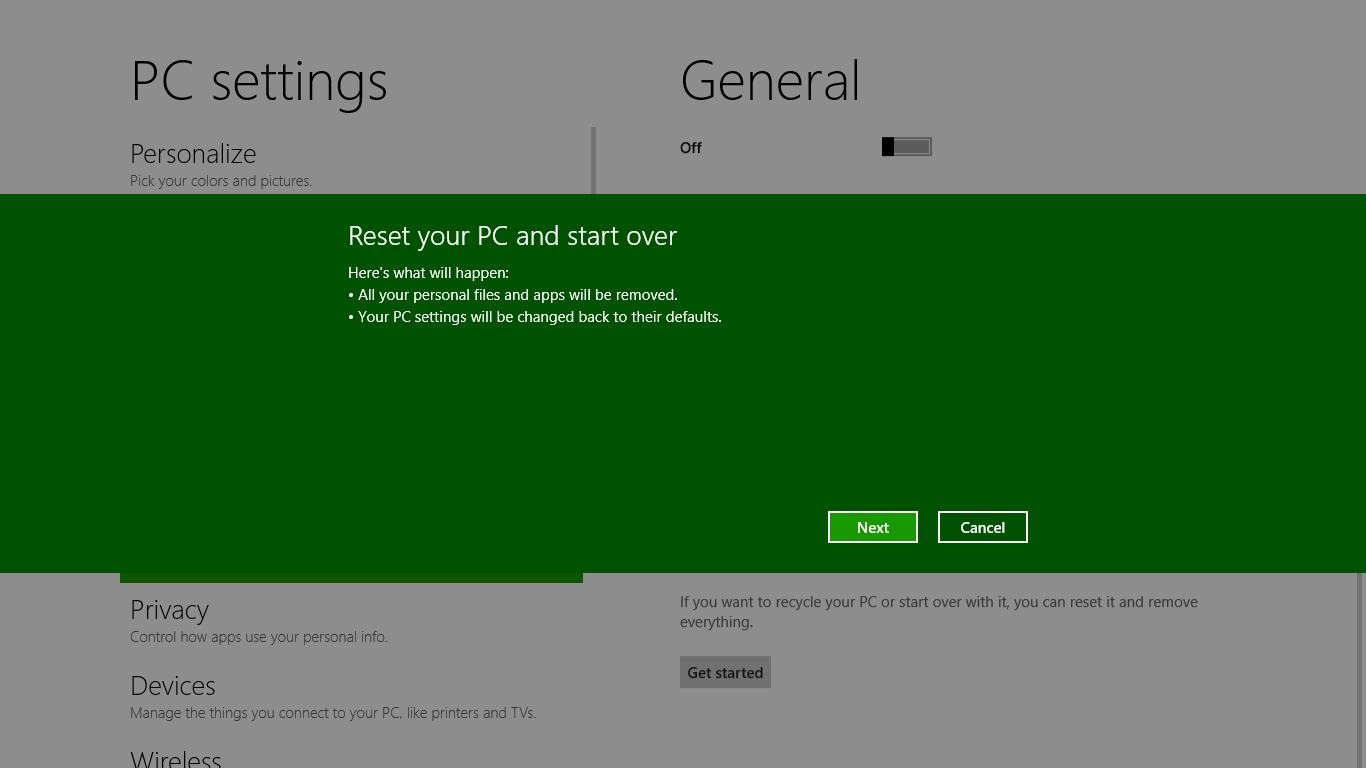 Reset, however, should appeal to those who are parting with their machines–maybe as a donation; maybe as a gift for a younger relative–but are wary of recoverable personal information left on their systems. In the case of a Reset, the computer boots into Windows RE, formats the hard disk, installs a fresh copy of Windows, and reboots. No messing around with recovery disks or partitions or activation–it’s as fire-and-forget as they come. If, however, you’re still convinced that someone is after your personal data, Windows 8 offers “an option in Windows 8 Beta to erase your data more thoroughly, with additional steps that can significantly limit the effectiveness of even sophisticated data recovery attempts.” 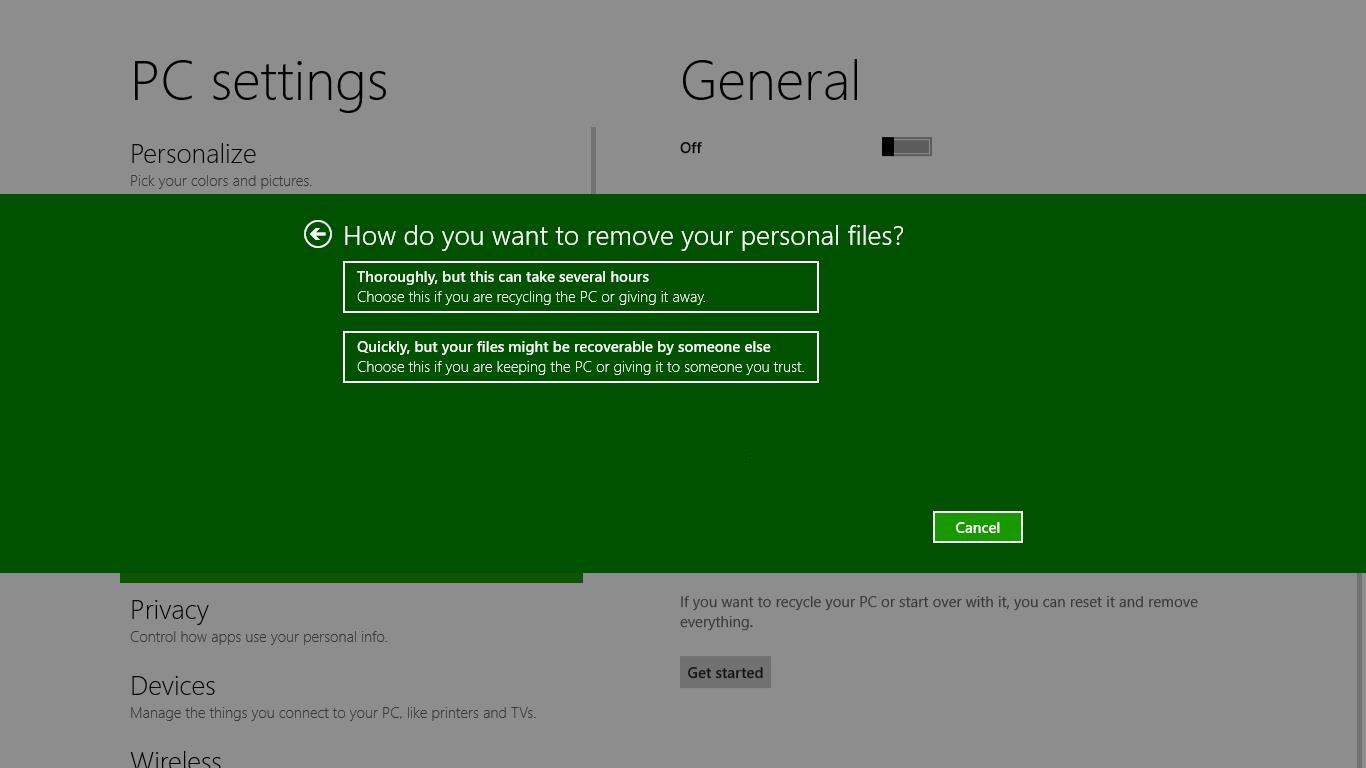 In terms of time, reinstalling Windows 8 should be a much quicker process than for previous versions. Lee’s post on the MSDN Windows 8 blog gave some estimated timeframes for various recovery actions:

If you’ve managed to kill your system to the point that it won’t boot at all, “there will also be a tool that you can use to create a bootable USB flash drive, in case even the copy of Windows RE on the hard drive won’t start.”