Yesterday Facebook, the social media networking site with more than 800 million users, made a number of announcements at its F8 Developers Conference regarding the company’s future. Facebook CEO, Mark Zuckerberg, detailed his vision of what Facebook is to evolve into moving forward.

But first, if you’ve logged into Facebook recently, you will have noticed the new layout changes to the main page. Specifically, the newsfeed now weighs certain posts as “important” and places them at the top of the page as Top Stories. These Top Stories are determined by an algorithm which takes into account factors like which friends you interact with most often and how many likes or comments are made on a particular post. Underneath the Top Stories, one can access the remnants of what used to be the “old” newsfeed- a list of friends’ activities in chronological order. This has not gone over well with a lot of Facebook users. Complaints that the algorithm doesn’t work are among the numerous issues users are voicing.

The other major addition to Facebook is called the Ticker. It is to the right hand side of the Top Stories and streams your friends’ most recent activities in real time. If you stay on Facebook for more than few seconds (depending on how many friends you have,) your eyes will inadvertently be drawn to the Ticker as new posts appear.

These new additions seem to resemble the features in other social media site. The newsfeed and Top Stories give one all the information that Google + has tried to make mots important in their platform. The Ticker takes a blow at Twitter as users can now access many of the benefits of real time sharing via Facebook. Another feature, Facebook’s option to cluster certain friends into different groups, is very similar to Google +’s Circles. But if anyone is beginning to think that Facebook is only acting reactively, taking what’s popular from other social media sites and incorporating them to its own platform, think again. As the F8 conference made clear, Facebook has a lot of plans to remain the most popular social media platform.

The conference started out with SNL’s Andy Samberg on stage, dressed to look like Mark Zuckerberg. Donning his skills as an impersonator, Andy began talking “trash” about Twitter and bragging about Facebook’s usership. After a few minutes, he was replaced by the much more serious, and slightly awkward, (real) Mark Zuckerberg who conducted the rest of the conference.

In his presentations, Mark outlined his ambitions to turn Facebook into an interactive account of the user’s life. Gone will be the profile page many have grown to love, replaced by the Timeline, which will become a historical record of what has been shared and deemed most important by that user. Users will also be able to customize their Cover, a large photo album “to express a unique moment in [their] life, something [they’re] interested in” as Mark put it. Whether it’s an interest in vegan cooking or graduating from college, it will all appear in the Timeline. Mark explained that this newer profile page will make Facebook a lot more visual, allow its users to share a greater number of interests and highlight pivotal moments in their lives. And unlike Top Stories, users will have complete control over their own timelines.

Also, what many had speculated was confirmed yesterday as Facebook announced that it will greatly expand its media offerings. Teaming up with the likes of Hulu, Netflix, Spotify and MOG, it will bring multimedia to its users. New ways to interact with these add-ons will give users the ability to not only like, but listen, watch, or read. Additionally, the want button will give e-commerce much more marketing information to take away from the social media giant.

The true implications of these relatively minor “enhancements” might not be self-evident until you consider what Facebook has already changed. For example, through the Ticker, one would be able to see a friend listen to a song and then access that same song immediately. Twitter has thus far been the most viral of social media platforms, but with these new features, Facebook might just give it a run for its money.

And as for the future of Facebook, while the Timeline concept is intriguing, there are potential issues which may arise from being able to post so much about one’s self. Timeline may give users much more customizability and a stronger online voice… but building a platform where one needs to give access to all of their likes, dislikes, past times and major life moments to every friend, might intrude too much on privacy and turn away many users. Either way, I will be keeping a close eye on my privacy settings as the Facebook Timeline develops. 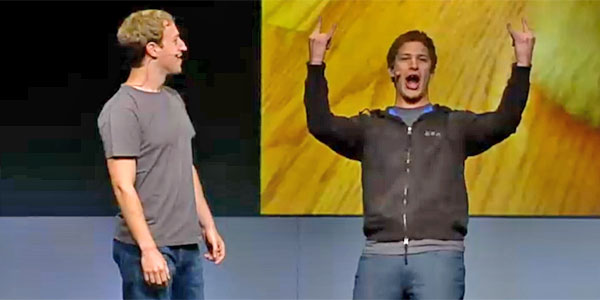 Throughout most of Social Media’s short history, Facebook truly has been both leader and visionary. From the initial profile page to the complex network of relationships you see today, Facebook has been at the very cutting edge of online social engagement. But recent competition from rival social media sites like Twitter and now Google +, has forced Facebook to make changes faster than ever. Whether to compete with its rivals for user attention, maintain it’s (or Mark’s) ego, or simply maintain itself as one of the most profitable companies in the world, Facebook should be careful to not change too much too quickly. Already the Twitter-verse has been filling up with complaints about the #newfacebook. Users don’t seem to be appreciating the fact that Facebook is now deciding what they think would be important (Top Stories.) Many of these comments should make Facebook a little nervous as they proclaim “enough is enough,” that it might be time to consider other social media sites like Google + and break up with Facebook. Will these threats be realized? Honestly, I don’t think so. But as Facebook has proven, a lot can change in a relatively short amount of time. 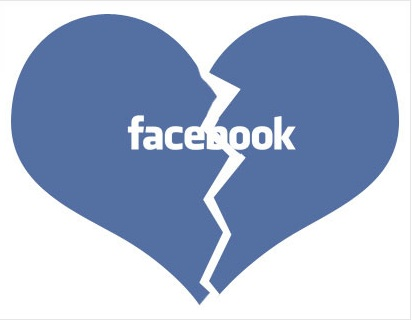