These days, most everything has a camera of some sort. Laptops are no exception—a webcam is standard equipment on most modern notebooks, but in the case that yours didn't come with one, Microsoft may have the solution in the form of its LifeCam HD-6000. Even if you've got a built-in webcam, however, the new LifeCam might be a worthwhile upgrade: with its 720p high-definition sensor, it should outclass most integrated webcams—read on to find out if it does. 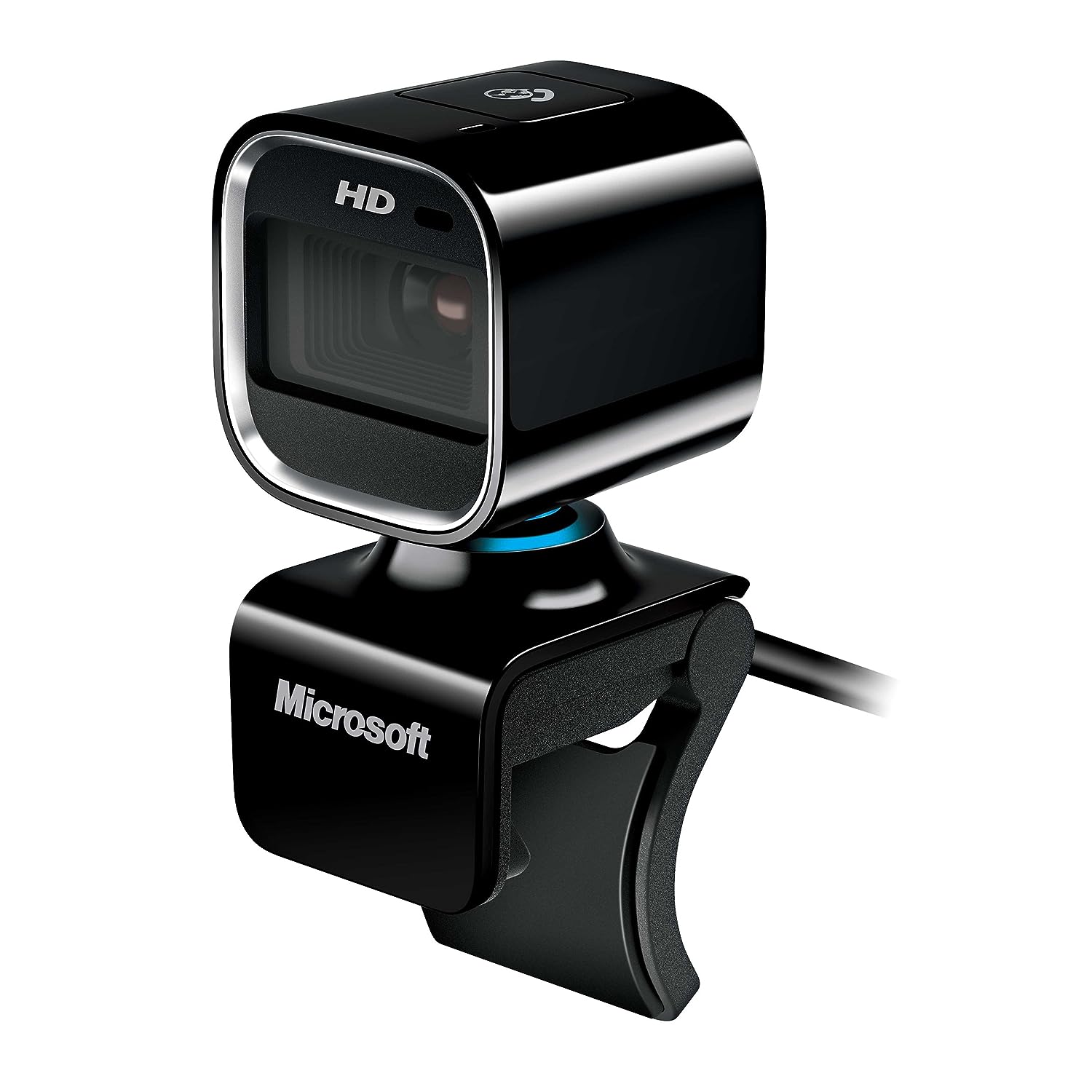 In the package, there are a product guide, the installation CD for Microsoft's LifeCam 3.0 software, a small black foam rubber carrying case, and the USB-powered camera itself. Immediately evident is the sheer compactness of the camera: it would take up virtually no space at all in your laptop bag. At just over an inch wide and about two and a half inches tall (including the clip), the HD-6000 is one of the most compact HD webcams on the market. The 30" cord—more than long enough for the largest of laptops, but still easily stored away for transport—bears a double-sided clip, one side of which is much larger than the other, to manage unused cord length. On top, there's a button that rests flush with the webcam's casing that by default launches Windows Live Messenger, but can also be configured to work with Google Chat, AIM, or Skype. A blue light ring at the base of the ball-jointed neck glows when the camera is in use. The neck swivels a full 360°, but tilts only about 10°.

Let's just get this out of the way: the advertised "autofocus" feature—which is supposed to recognize your face and adjust focus to keep your features clear—does not, in any way or at any time, work. It is so hyperactive and trigger-happy that it is constantly adjusting even when your face is in perfectly reasonable focus. And the adjustment that it makes isn't a subtle alteration of focal length from, say, one foot to 15 inches—in order to find the proper focal distance, it actually sweeps the full range in order to find the point where your face looks clear. This process takes about 3-4 seconds, during which everything looks a smeared mess, and occurs three to five times a minute. If it couldn't be disabled, the autofocus would have been enough for me to declare the webcam fundamentally broken.

Thankfully, it can be turned off by going into settings and manually entering a focal length, after which the camera no longer acts as if it's crossing its eyes every fifteen seconds. The downside here is that if you change the distance between you and the camera, you will have to go back into the settings to readjust the focus. The solution, I've found, is simply not to move more than about a foot in either direction.

The other image-correction feature, Truecolor, does work as advertised. It serves to adjust your image to compensate for poor lighting (read: indoor shots), and it does so quite well. Simply put, you look more natural—skin tones aren't yellowed by incandescent light bulbs and white walls don't take on ambient colors. If you absolutely require complete control over your image, however, you can also turn off Truecolor and manually adjust things like brightness, contrast, saturation, backlight compensation, sharpness, and white balance.

The video itself is quite decent—however, don't expect this 720p camera to be able to hold a candle to, say, a Blu-ray movie. 720p here simply means the video is recorded at a resolution of 1280×720 pixels. It is, however, a marked improvement over most integrated webcams, many of which are of VGA (640×480) resolution. Video-chatting is pleasantly smooth and devoid of any camera-related lag whatsoever. It will do 720p at 30 frames per second as advertised, but be warned that this is actually quite CPU-intensive—much more than lesser webcams.

Microsoft's LifeCam software installs quickly and works without a hitch. Technically, the webcam is usable straight out of the box, but to access things like the amusing 3D image effects or, more importantly, the camera settings in order to turn off that god-awful autofocus, LifeCam is necessary. Something to note is that Microsoft's system requirements—a dual-core Intel processor of 1.6GHz or higher, plus 1GB of RAM—make it quite a bit of a stretch for most netbooks. And, of course, the software doesn't work with MacOS. 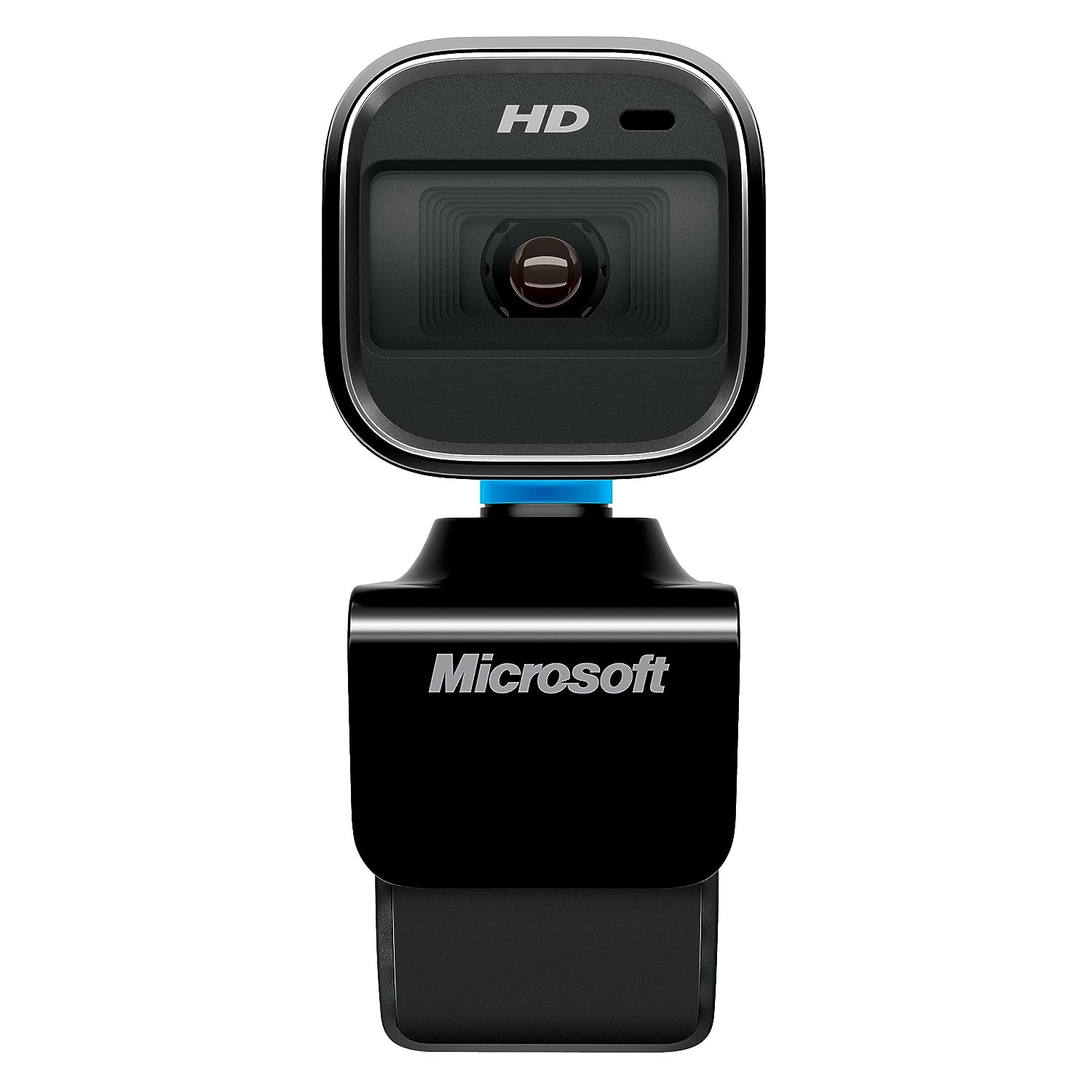 The LifeCam HD-6000 is an excellent choice for those who find their integrated laptop webcams insufficient for their vid-chatting needs. Once set up properly, it is easy to use and more than adequate for day-to-day use. It is also relatively inexpensive compared to other 720p webcams, none of which are as compact and mobile. Be warned, however, that the attractive high-definition quality comes at the price of sharply increased processor usage, something that might be problematic on older or lower-end systems. Overall, we can recommend the Microsoft LifeCam HD-6000 despite its minor flaws because it is attractive, ultraportable, well-featured, and good value.